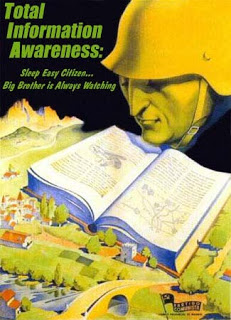 from washington times: Homeland Security officials are testing a supersnoop computer system that sifts through personal information on U.S. citizens to detect possible terrorist attacks, prompting concerns from lawmakers who have called for investigations.

The system uses the same data-mining process that was developed by the Pentagon’s Total Information Awareness (TIA) project that was banned by Congress in 2003 because of vast privacy violations.

The investigation focuses on whether the program violates privacy laws, and the findings will be released after completion of the Iraq war supplemental spending bill, possibly as early as this week, a panel aide said.

The ADVISE and TIA data-mining projects rely on personal data to track individual behavior and consumer transactions to develop computer algorithms that create a pattern that some behavioral scientists say can predict terrorist behavior.