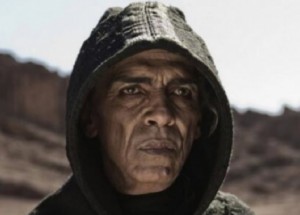 ‘I Cast Satan Out’: Following Obama Controversy, You Won’t Be Seeing Devil in ‘Son of God’ Movie

from theblaze.com: Amid the success Mark Burnett and Roma Downey had with “The Bible” miniseries last year came the major controversy over the claim that Satan, played by actor Mohamen Mehdi Ouazan, looked just like President Barack Obama. Downey told TheBlaze Thursday that the controversy over the devil was a distraction that took attention away from the power of “The Bible” — a media furor that she believes was the direct result of spiritual warfare. So, she decided to remove Satan entirely from “Son of God,” the couple’s new film that heads to the big screen Feb. 28.