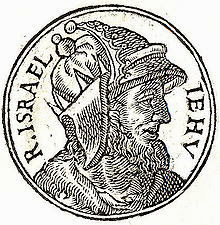 Jehu and the Eradication of Baalism

from TheBibleForStudents.com: Jehu assembled all the Baal-worshipers, prophets and priests to a solemn assembly in the temple of Baal. None was excluded and no worshiper of God was included. Their religious robes were put on. Jehu offered the burnt offering. Then he ordered his 80 warriors stationed outside to massacre everyone in the temple. They destroyed the icons, razed the building and turned it into a latrine.


So Jehu wiped out Baalism from Israel. No Baal worship is mentioned for the rest of the history of Israel. But Jehu continued the calf-worship started by Jeroboam. He did not eliminate the established religion. Calf worship was a compromise between worship of God and the worship of idols. “Behold your gods, O Israel, who brought you up out of the land of Egypt.” It always led to the worship of other idols.


One case of leading the shepherds to the slaughter. Do we really know what we think we know about the religious positions of the elite class? The smoke screens are endless.