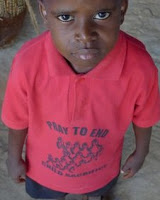 kampala, uganda: where child sacrifice is an elite business

from the bbc: The villages and farming communities that surround Uganda's capital, Kampala, are gripped by fear. School children are closely watched by teachers and parents as they make their way home from school. In playgrounds and on the roadside are posters warning of the danger of abduction by witch doctors for the purpose of child sacrifice. The ritual, which some believe brings wealth and good health, was almost unheard of in the country until around three years ago, but it has re-emerged, seemingly alongside a boom in the country's economy. The mutilated bodies of children have been discovered at roadsides, the victims of an apparently growing belief in the power of human sacrifice. Many believe that members of the country's new elite are paying witch doctors vast sums of money for the sacrifices in a bid to increase their wealth.