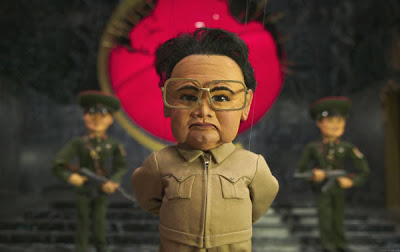 from cnn: North Korea's longtime leader Kim Jong Il, the embodiment of the reclusive state where his cult of personality is deeply entrenched, has died. He was believed to be 69. Regarded as one of the world's most-repressive leaders, Kim Jong Il always cut a slightly bizarre figure. His diminutive stature and characteristically bouffant hair have been parodied by some in the West. "He's a mysterious person -- I think by design," said Han S. Park, director of the Center for the Study of Global Issues at the University of Georgia and a frequent visitor to North Korea. "Mystery is a source of leverage and power. It's maintaining uncertainty." But for the citizens of his Democratic People's Republic of Korea, Kim was well regarded.

young heir faces uncertain transition in north korea
from nytimes: With the abrupt death of the North Korean leader, Kim Jong-il, the fate of his isolated, nuclear-armed regime has dropped into the hands of his youngest son, Kim Jong-un, who is such an unknown that the world did not even know for sure what he looked like until last year. But the biggest enigma may be whether the younger Mr. Kim will be able to hold onto power in this last bastion of hard-line Communism, much less prevent its impoverished economy from collapsing.

north korea's neighbors on alert, west hopes for opening
from reuters: North Korea's neighbors and its old enemy the United States appealed for stability on Monday after the death of leader Kim Jong-il plunged one of the world's most heavily militarized regions into fresh uncertainty. China and Russia offered condolences and support for their ally's new leaders, while Western states expressed hope that a change in leadership could ease North Korea out of decades of extreme isolation and better the lives of its suffering people... South Korea, still technically at war with the North, put its military on alert after the news of the death, Yonhap news agency said, and President Lee Myung-bak convened its National Security Council.

israel hopes death of n. korea leader will damage ties with iran
from haaretz: The death of Kim Jong Il raises the possibility that the alliance between North Korea and Iran will flag, just as their third partner, Syria, is also weakening.