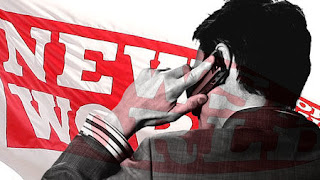 from nytimes.com: Scotland Yard’s arrest of a former personal assistant to Rebekah Brooks, a former chief executive of the British newspaper arm of Rupert Murdoch’s News Corporation, appears to reflect the investigators’ intensifying focus on the possibility of a cover-up by executives, editors and others of the extent of illegal phone hacking and other criminal wrongdoing at the The News of the World, which is now defunct. After 10 hours of questioning on Friday, detectives assigned to a special unit investigating the affair released the assistant, Cheryl Carter, 47, on police bail pending further questioning. She was arrested at dawn at her home in Billericay, 25 miles east of London. Efforts to reach her for comment on Saturday were not successful.

Scotland Yard said she was the 17th person, most of them former employees of the The News of the World, to be arrested by officers assigned to Operation Weeting, established last year under special provisions intended to ensure the independence of the investigators. The creation of that task force followed several years of faltering inquiries by Scotland Yard that upheld, until a torrent of disclosures last year, denials by News International that more than two people on the News of the World’s newsroom staff had been involved in the illegal interception of the cellphone voicemails of crime victims, politicians and celebrities.