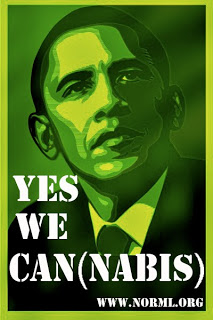 Ahead of state-wide vote in November, marijuana legalization battle heats up in California 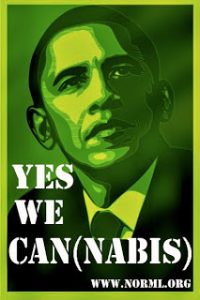 from news junkie post: This week, a ballot initiative to legalize marijuana possession by adults qualified for the California ballot. The Regulate, Control and Tax Cannabis Act of 2010 is coming up for a vote.

While all the standard, well-worn pot jokes and cliches were quickly pressed into service, it’s becoming obvious that unlike failed legalization initiatives in the past (of which California has had at least two), the debate will this time center around money.

California has once again become the focal point of a long-running battle over liberalizing the pot laws. Observers predict plenty of money will be spent, by both sides, in an attempt to either launch or squash what many see as an inevitable national trend.

The cultural and financial landscape has changed a lot since legalization was last on the California ballot in 1996, especially since medical marijuana passed that same year and helped to reshape popular perceptions of the herb’s usefulness.

The that pace of change was given new impetus by the Obama Administration’s announcement last yearfederal drug agents are being instructed to lay off pot patients and providers in states where medical marijuana is legal...

The initiative [336kb PDF] would legalize possession, sharing and transport of up to an ounce of pot for personal use by adults 21 and older. Marijuana could be privately grown in spaces of up to 25 square feet. Marijuana use would still be banned in public places and in the presence of minors.

Local governments, but not the state, could impose marijuana taxes to raise revenues. Cities and counties could authorize cultivation, transportation and sale of pot, and in a controversial provision, could also locally ban marijuana.