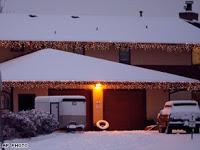 from truthnews: “A gunman walked into a training center dormitory for young Christian missionaries early Sunday and opened fire, killing two of the center’s staff members and wounding two others,” reports the Guardian.

“The shooting happened at about 12:30 a.m. at the Youth With a Mission center, police spokeswoman Susan Medina said. About 45 people were evacuated from the dormitory in this Denver suburb.”

At this time, there are few details, as the gunman escaped without a trace. However, his target has a few rather odd associations.

According to Nat Mayown Person and Robert Parsons, Youth With a Mission (YWAM) is a CIA front group involved in “espionage missionary work,” particularly in developing nations.

According to Rick Ross, YWAM was founded

…by a California Assemblies of God minister, Loren Cunningham, in 1961. The organization reportedly has claimed (1982) more than 1,500 long-term and 10,000 short-term missionaries. Youth with a Mission (YWAM), with numerous bases internationally, Discipleship Training Schools throughout the United States and outside America, is one of the largest evangelistic missionary organizations in the world. Certainly, millions of dollars flow through its accounts yearly. YWAM does have substantial influence within the Evangelical Christian community.

Before it was bankrupted by the Church of Scientology, the Cult Awareness Network stated “that Ywam has many elements of a destructive cult,” specifically “the authoritarian control by the elders” over members.

“YWAM is vehemently anti-Catholic and pro-‘Reconstructionist’ - that is, founder Loren Cunningham believes in replacing democracy with a fundamentalist Protestant theocracy,” writes Jospeh Cannon.