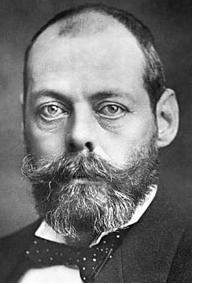 John Hamer, author of the new book, "The Falsification of History - Our Distorted Reality," discloses the real story behind the "Jack the Ripper" murders of 1888 London. "Freemason, Secretary of State for India, the Leader of the House of Commons and the Chancellor of the Exchequer, Lord Randolph Spencer-Churchill, father of the future prime minister, Winston Churchill...was not only the 'brains' behind the entire operation, but he was also personally responsible for the cutting of Masonic emblems and symbols into the bodies of the victims, while William Gull's skilled surgeon's hands of performed the organ removals." The acts represent, as stated, Masonic blood sacrifice. The reasons behind the murders are tawdry like the acts themselves and as colorful as any tabloid tale - which includes murder, lobotomy, mistaken identity and false imprisonment. It's uncertain whether you can call Churchill "the brains" as some acts are clumsy, such as when the wrong person gets murdered - or perhaps it's just aristocratic indifference? It's a salacious tale and very entertaining - much like a grocery store checkout tabloid!