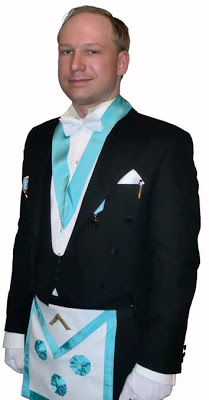 from wikipedia: The 2011 Norway attacks were a pair of terrorist attacks against the civilian population, the government and a political summer camp in Norway on Friday, 22 July 2011. The first was a bomb explosion in Regjeringskvartalet, the executive government quarter of Oslo, at 15:22 (CEST), outside the office of Prime Minister Jens Stoltenberg and other government buildings. The explosion killed eight people and wounded several others. The second attack occurred less than two hours later at a youth camp organized by the youth organization (AUF) of the Norwegian Labour Party (AP) on the island of Utøya in Tyrifjorden, Buskerud. A gunman disguised as a policeman opened fire at the campers, killing 68 attendees, including personal friends of Prime Minister Jens Stoltenberg and the stepbrother of Norway's crown princess Mette-Marit, in a backlash against the alleged islamification of Europe. The Norwegian Police Service arrested Anders Behring Breivik, a 32-year-old Norwegian man, for the mass shootings in Utøya and subsequently charged him with both attacks. The European Union, NATO and several countries around the world expressed their support for Norway and condemned the attacks.

Possible accomplices:
Several witnesses at the youth camp expressed doubt that there was only one shooter. The police have received descriptions of a second gunman, and are currently working to confirm or deny the accuracy of this new information. Due to the uncertainty surrounding these witness descriptions and the chaotic nature of the events, the police have, as a matter of precaution, yet to make an official comment on the matter. Breivik has claimed that he acted alone and that he had no accomplices. On 24 July, six more people were arrested in Oslo in connection with the attacks and then released as they are said to be no longer suspected of involvement.