mcnuggets made with ‘silly putty’ chemical 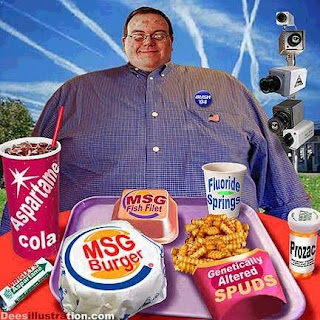 from sfgate: What kid doesn't love McDonald's Chicken McNuggets? The white meat chunks are tasty and perfect for little mouths and hands. And while most parents are aware that McNuggets aren't perfectly healthy, they probably don't know exactly what goes into making them. CNN has revealed that the fast-food chain makes this popular menu item with the chemical preservative tBHQ, tertiary butylhydroquinone, a petroleum-based product. Mcnuggets also contain dimethylpolysiloxane, "an anti-foaming agent" also used in Silly Putty. Across the Atlantic in Britain, McNuggets don't contain these chemicals and they're less fattening... and author of "Marion Nestle, a New York University professorWhat to Eat," told CNN that the tertiary butylhydroquinone and dimethylpolysiloxane in the McNuggets probably pose no health risks. But she added that as a general rule parents shouldn't feed their children foods with an ingredients you can't pronounce.