mexico’s president works to lock in the drugwar 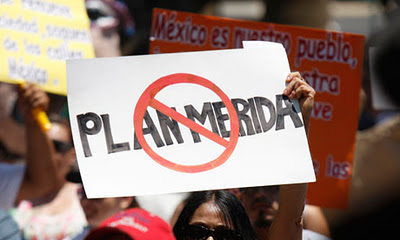 from nytimes: As the twilight of his presidency sets in, President Felipe Calderón of Mexico is striving to lock in the militarized approach to drug cartels that has defined his tenure, pushing aside public doubts and pressing lawmakers to adopt strategies he hopes will outlast him.

At this pivotal point, with violence swelling and presumptive candidates jockeying for position ahead of Mexico’s presidential election in July, Mr. Calderón has limited time to make the case that his strategy has worked.

He insists that the country will eventually become more secure, although about 40,000 people have been killed since he declared his war against organized crime. He began waging it shortly after taking office in 2006 as violence climbed, and he has continued pressing his offensive against drug organizations as they have splintered and descended into bloody infighting over territory and criminal rackets…

The inability to control the violence, with fresh horrors nearly every week, has rattled even some admirers in the United States Congress, who have begun to question publicly whether Mr. Calderón’s strategy – supported by the $1.4 billion in anticrime aid the United States is providing through the multiyear Merida Initiative – is making progress.

half of americans support legal marijuana for first time*