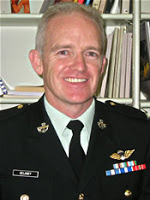 from paul joseph watson: The West needs more terror attacks on the scale of 9/11 and 7/7 in order to save a failing foreign policy, according to Lt.-Col. Doug Delaney, chair of the war studies program at the Royal Military College in Kingston, Ontario.

This alarming admission can be found right at the end of a long and academic Toronto Star article about the history of conflict and why the invasions of Afghanistan and Iraq are doomed.

“The Royal Military College of Canada (RMC), is the military academy of the Canadian Forces and is a full degree-granting university,” according to Wikipedia.

The Star article discusses a new study which surmises that military invasions since World War 2 that require cooperation of the population of a country to succeed hold only a 17% chance of success.

In a paraphrased quote attributed to Delaney, he concludes that “The key to bolstering Western resolve is another terrorist attack like 9/11 or the London transit bombings of two years ago.”

“If nothing happens, it will be harder still to say this is necessary,” adds Delaney.