from danger room: The rebranding of Blackwater continues. First, the mercenary firm expands beyond its core, guns-for-hire business. Then, the company changes its name - to the inscrutable, barely-pronounceable "Xe." The latest: Outspoken and controversial firm founder Erik Prince announces he's stepping down as CEO. "I'm a little worn out by the whole thing, the politics of it all," Prince tells the Wall Street Journal. "Me not being part of the equation reduces the 'X' on the thing." I guess that means the company is now called "e?"

from threat level: After three months of investigation, California's secretary of state has released a report examining why a voting system made by Premier Election Solutions (formerly known as Diebold) lost about 200 ballots in Humboldt County during November's presidential election. But the most startling information in the state's 13-page report [156kb PDF] is not why the system lost votes, which Wired.com previously covered in detail, but that some versions of Diebold's vote tabulation system, known as the Global Election Management System (Gems), include a button that allows someone to delete audit logs from the system. Auditing logs are required under the federal voting-system guidelines, which are used to test and qualify voting systems for use in elections. The logs record changes and other events that occur on voting systems to ensure the integrity of elections and help determine what occurred in a system when something goes wrong. "Deleting a log is something that you would only do in de-commissioning a system you're no longer using or perhaps in a testing scenario," said Princeton University computer scientist Ed Felten, who has studied voting systems extensively. "But in normal operation, the log should always be kept."

global television for our global leader 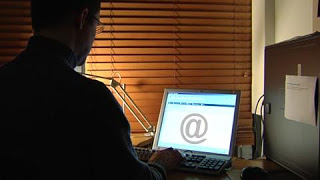 from yle: Parliament has passed the controversial reforms to the data protection law, the so-called "Lex Nokia" bill. The vote was 96 for, 56 against. The hotly debated reforms caused arguments within the government coalition, but also caused a crack in the Green League. Notably, three Green MPs who had previously voted against the bill abstained from the vote: Johanna Karimäki, Ville Niinistö and Kirsi Ojansuu. They were just three of the 47 parliamentarians who decided not to cast a vote. The bill, dubbed "Lex Nokia" because of the mobile phone giant's perceived advocacy for the law, angered unions and privacy rights advocates. 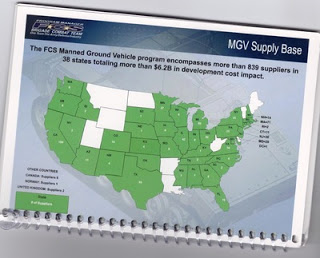 from danger room: In late January, the Air Force's defense contractor buddies started pushing their pet project, the Raptor stealth fighter jet, as a jobs program. "Without it, more than 95,000 jobs are at risk," proclaimed one online ad. (The New America Foundation figures the real number is more like 35,000. You get the idea, though.) But at least the Air Force had the good sense to step back and let its industrial partners make the case for their weapons-as-stimulus. The Army wasn't so slick, alas. The Army is trying hard to keep Future Combat Systems - its massive effort to make the force lighter, more-lethal, and better-networked - away from the budget axe. During the presidential campaign, both the Obama and McCain camps talked about slowing down or killing the project. Despite some successes, FCS has become a poster child in Washington for Pentagon bloat and overreach.

the headset that will mimic all 5 senses

russian general says US may have planned satellite collision

from ria novosti: A collision between U.S. and Russian satellites in early February may have been a test of new U.S. technology to intercept and destroy satellites rather than an accident, a Russian military expert has said. According to official reports, one of 66 satellites owned by Iridium, a U.S. telecoms company, and the Russian Cosmos-2251 satellite, launched in 1993 and believed to be defunct, collided on February 10 about 800 kilometers (500 miles) above Siberia. However, Maj. Gen. (Ret.) Leonid Shershnev, a former head of Russia's military space intelligence, said in an interview published by the Moskovsky Komsomolets newspaper on Tuesday that the U.S. satellite involved in the collision was used by the U.S. military as part of the "dual-purpose" Orbital Express research project, which began in 2007... Shershnev claims the U.S. military decided to continue with the project to "develop technology that would allow monitoring and inspections of orbital spacecraft by fully-automated satellites equipped with robotic devices." The February collision could be an indication that the U.S. has successfully developed such technology and is capable of manipulating 'hostile satellites,' including their destruction, with a single command from a ground control center, the general said.

a billion over budget, nasa gets a bilion more from stimulus 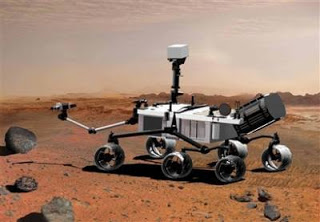 from ap: NASA can land a spacecraft on a peanut-shaped asteroid 150 million miles away, but it doesn't come close to hitting the budget target for building its spacecraft, according to congressional auditors. NASA's top officials know it and even joke about it. This week auditors found that on nine projects alone NASA is nearly $1.1 billion over cost estimates that were set in the last couple of years. Congress' financial watchdog, the Government Accountability Office, reviewed NASA's newest big-money projects and found most were either over budget, late or both. That doesn't include two of NASA's largest spending projects whose costs have wildly fluctuated and still aren't firm - replacements for the space shuttle fleet and Hubble Space Telescope. Historically, overruns have caused NASA to run low on money, forcing it to shelve or delay other projects. Often, the agency just asks taxpayers for more money. In fact, NASA got $1 billion from the new stimulus package. It's to be spent on climate-watching satellites and exploration among other things. "Getting an extra infusion of money doesn't necessarily mean you have a capability to spend it well," said Cristina Chaplain, GAO's acquisitions chief who wrote the study [2.8mb PDF].

task force urges broader role for nuclear labs
from washington post: The nation's nuclear weapons laboratories would be spun out of the Energy Department and become the center of an independent Agency for National Security Applications under a proposal to be released today by a bipartisan task force formed by the Stimson Center, a research organization devoted to security issues. Changing the status and making wider use of Los Alamos, Lawrence Livermore and Sandia National Laboratories for other research would help reestablish and assure "the nation's global science and technology leadership in the 21st century," said the task force report. At present, the labs are directed by the National Nuclear Security Administration (NNSA), which is a semiautonomous part of the Energy Department. "This action would enable the laboratories to remain trusted third party advisors as well as providers of capabilities, but it would initiate a full transformation from a Cold War, industrial age mindset and culture," according to the task force, which was chaired by Francis Fragos Townsend, who was an assistant to President George W. Bush for homeland security and counterterrorism, and retired Lt. Gen. Donald Kerrick, who was deputy national security adviser to President Bill Clinton. The proposal comes at a time when the future of the nation's multibillion-dollar nuclear weapons complex is under review.

video: robo-beast & human troops march together
from danger room: We've seen BigDog, the military's alarmingly-lifelike robotic quadruped, climb over hills, stomp through snow, and survive swift kicks to the chops. Now, for the first time, we're seeing it on patrol, with human soldiers. Mass High Tech uncovers this video of the BigDog going through exercises at Ft. Benning, Georgia. It comes on the heels of the robo-beast's longest walk yet - a 12.8 mile hike, following a series of GPS waypoints. Soldiers at Ft. Benning seemed intrigued by the idea of a mechanical pack mule that could one day carry some of their load.

darpa wants a lab for afghanisims

marine one blueprints & avionics leaked to iran through p2p
from raw story: Thanks to a defense contractor's errant use of a peer-to-peer file-sharing network, President Obama's helicopter may not be as safe as it looks. A Pittsburgh-area company that monitors peer-to-peer networks accessed with file-sharing software like LimeWire and Napster says it has identified a potentially serious security breach involving Marine One and an IP address in Tehran, Iran. The company found a file detailing the helicopter's blueprints and avionics package, which it then traced to its original source, Tiversa CEO Bob Boback told NBC affiliate WPXI, which reported the story Saturday [feb28].

bomb squad moves into the pentagon to stay