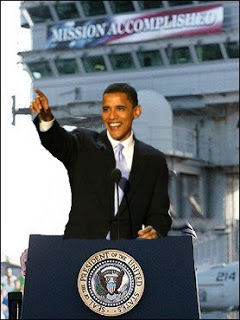 Mission Accomplished: The Speech Obama Should Give About Iraq War 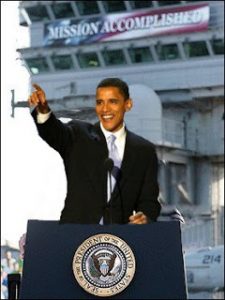 from juan cole: Fellow Americans, and Iraqis who are watching this speech, I have come here this evening not to declare a victory or to mourn a defeat on the battlefield, but to apologize from the bottom of my heart for a series of illegal actions and grossly incompetent policies pursued by the government of the United States of America, in defiance of domestic US law, international treaty obligations, and both American and Iraqi public opinion... We cannot undo what has been done. We cannot pretend that the United States did not violate the United Nations charter and the Geneva Conventions. But we can make amends. We can seek redemption as a nation. And our salvation lies in forswearing permanent war, aggressive war, undeclared war, and police actions as a way of life.