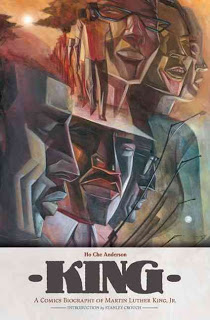 from examiner: Martin Luther King’s family and his attorney, William F. Pepper, won a civil trial that found US government agencies guilty in the wrongful death of Martin Luther King. The 1999 trial, King Family versus Jowers and Other Unknown Co-Conspirators, is the only trial ever conducted on the assassination of Dr. King. The King family’s attempts for a criminal trial were denied, as suspect James Ray’s recant of what he claimed was a false confession was denied. King’s family and Mr. Pepper allege that Dr. King’s speech calling upon America to end the Vietnam War, Beyond Vietnam: A time to break silence, and his plan for a 500,000 camp-in for Washington, D.C. in the summer of 1968 were a threat to dominant and fascist political factions within US government.

related updates: why is the fbi still hiding info about assassination of mlk? & a stolen painting, the murder of mlk, the fbi ... and steven spielberg