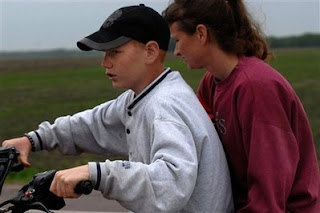 from ap: An attorney says a 13-year-old Minnesota boy who fled the state last week to avoid cancer treatment has returned and is being evaluated by a doctor. Attorney Tom Hagen, whose law office represents Daniel Hauser’s parents, said Daniel was being evaluated at a hospital in the Twin Cities on Monday. Hagen also said the boy’s mother, Colleen Hauser, was not in police custody. An arrest warrant had been issued for her after she and Daniel fled last week, but authorities had urged her to return on her own. Hagen said Calvin Johnson, the lawyer who is representing the parents, authorized Hagen to confirm the boy’s return while Johnson was out of town. Hagen said he couldn’t share more details. The sheriff’s office planned a news conference Monday evening.