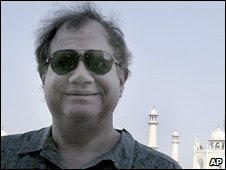 from wikinews: Stewart D. Nozette, 52, from Chevy Chase, Maryland in the United States, was arrested Monday on charges of espionage and is being held until a court hearing on Tuesday. He is accused of spying for Israel.

Nozette received a PhD from the Massachusetts Institute of Technology, had several high profile jobs in the U.S. government and access to classified materials. He worked for the Energy Department's Lawrence Livermore National Laboratory from 1990 to 1999 and was the President of the Alliance for Competitive Technology, which was formed in 1990 by Nozette. Both of these organizations had contracts with the U.S. government, providing advanced technology. Nozette also worked for NASA and the Department of Defense. During the course of these jobs, authorities say Nozette had access to classified information. The last time he is alleged to have had regular access to any such information was as late as 2006.

An undercover FBI agent, pretending to be an Israeli intelligence officer, confronted Nozette on September 3, 2009 and asked for government information. Later that day Nozette confirmed his willingness to give the officer classified material in exchange for money and an Israeli passport. During another meeting with the officer, Nozette pointed out that he no longer had access to classified documents but might recall information from them.

After a month, Nozette received two envelopes containing US$11,000 and lists of questions they wanted Nozette to answer. Over a time period of a decade, from 1998 to 2008, Nozette received and returned the envelopes allegedly containing information labeled as "top secret" and "secret", about U.S. military satellites, the nation's early warning systems against missile attacks, and the ability of the U.S. to withstand and defend itself a large-scale attack. In total, authorities say Nozette would have made a profit of US$225,000.

Nozette, if convicted, faces maximum sentence of life in prison. "The conduct alleged in this complaint is serious and should serve as a warning to anyone who would consider compromising our nation's secrets for profit," said U.S. Assistant Attorney General David Kris.