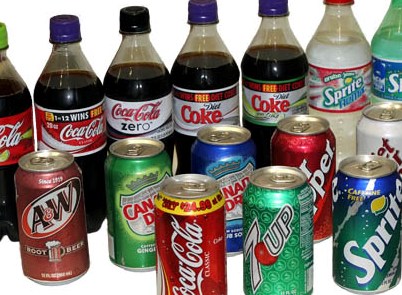 New evidence on fructose in Coca Cola, Pepsi and other sodas in the US

from globalresearchreport.com: A
new analysis from the University of Southern California finds that
sodas in the US are potentially a bigger risk for obesity than assumed,
because of the high fructose levels they contain.

The battle over high fructose corn syrup (HFCS) in sodas in the US is
likely to intensify following the publication today of a new study from
the Childhood Obesity Research Center at the Keck School of Medicine of
the University of Southern California. A team led by Michael Goran, its
director, has found that hugely popular soft drinks sweetened with HFCS,
including Coca Cola, Pepsi, Dr Pepper, Mountain Dew and Sprite, contain
more fructose than most people know.

Goran’s paper, published in the journal Nutrition,
shows that the drinks – as sold on the streets – contain 50% more
fructose than glucose. The ratio, it says, is 60:40 and not 50:50 as it
is in regular sugar. Why does this matter? Because, says Goran, other scientific studies
have suggested that fructose is part of the cause – and if you read
Robert Lustig’s book, Fat Chance; the bitter truth about sugar, you may
think it is the main cause – of the obesity epidemic.