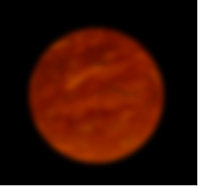 Nibiru Is Back In The News!

Nibiru is back in the news!  Rodney Gomes, a Brazilian astronomer, made a stir with hypothetical observations at a recent conference in Timberline Lodge, Oregon of the American Astronomical Society. Gomes, is probably, blissfully unaware of Nibiru speculations reignited by his words. During the conference, "'what's intriguing,' Gomes said,' is that, according to his new calculations, about a half dozen Kuiper belt objects—including the remote body known as Sedna—are in strange orbits compared to where they should be, based on existing solar system models...But I think the easiest one [i.e, explanation] is a planetary-mass solar companion'—a planet that orbits very far out from the sun but that's massive enough to be having gravitational effects on Kuiper belt objects," according to the National Geographic article. It must be Nibiru! It makes for great mania if little else! You can receive another manic jolt from watching video by undercoveralien.