from rogue government: The United States government is now actively directing the attention of the U.S. military towards the American people. Using the phony war on terror, the Department of Homeland Security and the U.S. Northern Command (NORTHCOM) are creating a militarized control grid specifically to enslave the American people. 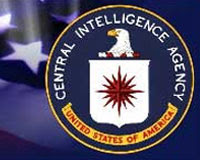 from thinkprogess: The New York Times reports that a “review of classified documents by former members of the Sept. 11 commission shows that the panel made repeated and detailed requests to the Central Intelligence Agency in 2003 and 2004 for documents and other information about” the interrogation of terrorist suspects... On Wednesday, the Times revealed that at least four top White House lawyers, including Harriet Miers and Alberto Gonzales, had discussed with the CIA whether or not to destroy the tapes.

from cryptogon: Yes, They want to scan and track you at all times, but I almost fell out of my chair when I read this part: "The FBI is building its system according to standards shared by Britain, Canada, Australia and New Zealand." Ok, let me get this straight: The countries that run ECHELON, the largest civilian communications surveillance program in the world, have developed unified standards for biometric identification.

lakota indians withdraw from US treaties 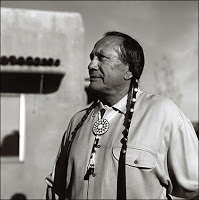 from afp: The Lakota Indians, who gave the world legendary warriors Sitting Bull and Crazy Horse, have withdrawn from treaties with the United States, leaders said Wednesday. "We are no longer citizens of the United States of America and all those who live in the five-state area that encompasses our country are free to join us," long-time Indian rights activist Russell Means told a handful of reporters and a delegation from the Bolivian embassy, gathered in a church in a run-down neighborhood of Washington for a news conference.