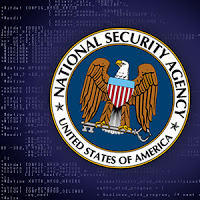 from channel register: A project aimed at developing defences against malware that attacks unpatched vulnerabilities involved tests on samples developed by the NSA.

The ultra-secretive US spy agency supplied network testing firm Iometrix with eight worms as part of its plans to develop what it describes as the industry's first Zero-day Attack Test Platform.

Richard Dagnell, VP of sales and marketing at Iometrix, said the six month project also featured tests involving two worm samples developed by a convicted hacker. The potency of the malware supplied by the NSA far exceeded that created by the hacker.

"We hired someone to create worms from scratch. A freelancer, who did the same sort of work for NASA, and was imprisoned for seven years for hacking offences," Dagnell said.

Iometrix's Zero-day Attack Test Platform detected both of the samples of malicious code developed by the hacker, but only three of the eight malware samples supplied by the NSA. Dagnell said the six month project was offered to the firm out of the blue and came to an end in March. Although not wholly successful the detection of half the attacks thrown against Iometrix's platform showed its work was progressing along the right lines, Dagnell added.

Other security experts were more skeptical about whether it was taking the right approach.