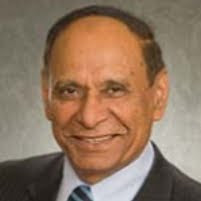 from allgov: Islam Siddiqui’s recess appointment as chief agricultural negotiator in the Office of the U.S. Trade Representative has sparked considerable opposition from environmentalists and organic farmers. Siddiqui served as vice president for science and regulatory affairs at CropLife America, a trade association for the pesticide and biotech industries. He has also worked as a registered lobbyist advocating for the interests of companies like Monsanto, Syngenta, DuPont and Dow. This work has “revealed him to consistently favor agribusinesses’ interests over the interests of consumers, the environment and public health,” according to a coalition of groups opposing President Barack Obama’s choice. In particular, Siidiqui had fought against regulation of genetically modified organisms (GMOs).

“We believe Siddiqui’s nomination severely weakens the Obama Administration’s credibility in promoting healthier and more sustainable local food systems here at home,” reads a letter from a coalition opposing Siddiqui’s nomination. “His appointment would also send an unfortunate signal to the rest of the world that the United States plans to continue down the failed path of high-input and energy-intensive industrial agriculture by promoting toxic pesticides, inappropriate seed biotechnologies and unfair trade agreements on nations that do not want and can least afford them.”