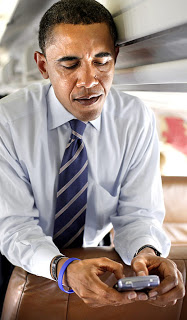 from afp: US President Barack Obama lamented Sunday that in the iPad and Xbox era, information had become a diversion that was imposing new strains on democracy, in his latest critique of modern media. Obama, who often chides journalists and cable news outlets for obsessing with political horse race coverage rather than serious issues, told a class of graduating university students that education was the key to progress. “You’re coming of age in a 24/7 media environment that bombards us with all kinds of content and exposes us to all kinds of arguments, some of which don’t always rank all that high on the truth meter,” Obama said at Hampton University, Virginia. “With iPods and iPads and Xboxes and PlayStations, — none of which I know how to work — information becomes a distraction, a diversion, a form of entertainment, rather than a tool of empowerment, rather than the means of emancipation,” Obama said. He bemoaned the fact that “some of the craziest claims can quickly claim traction,” in the clamor of certain blogs and talk radio outlets.

2 responses to “obama bemoans information age as a ‘diversion’”