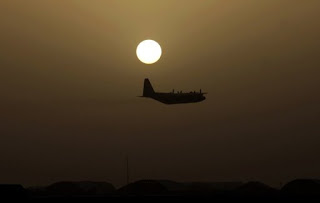 The memo, signed by US Defense Secretary Robert Gates, shows the Pentagon approving a request to switch the name of the US military effort in Iraq from its current designation - "Operation Iraqi Freedom."


The document, which is addressed to General David Petraeus, the head of US Central Command, adds the rebranding "presents opportunities to synchronize strategic communication initiatives... and recognize our evolving relationship with the government of Iraq."

"You cannot end a war simply by changing its name," Brian Wise, the group's executive director, said in a statement. "Despite the administration's efforts to spin realities on the ground, their efforts do not change the situation at hand in Iraq... Operational military decisions should not be made for purposes of public relations but should be made in the best interests of our nation, the troops on the ground and their families back home."

Obama ran for office in 2008 on a platform that emphasized a pledge to withdraw US troops from Iraq and focus on the war in Afghanistan.

There are now some 97,000 US troops stationed in Iraq, the first time the number has fallen below 100,000 since the US-led invasion of the country in 2003, according to the Pentagon.

That figure is scheduled to fall to around 50,000 by the end of August, with those troops left behind functioning in advisory and training roles solely.

All US troops are scheduled to withdraw from Iraq by the end of 2011.