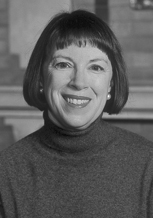 from grist: The long-simmering debate about Obama's ag policy - whether it represents a new paradigm, agribusiness as usual, or some enigmatic combination - has a new data point to consider.

Earlier this month, Congress approved Obama's nomination of Catherine Woteki, the USDA's undersecretary for research, education, and economics. The appointment drew little attention in the press, including the sustainable-food blogosphere. That's surprising, because Woteki comes to her new position after a five-year stint as global director of scientific affairs for Mars, Inc., the multinational junk-food giant.

In her new role, Woteki will direct the U.S. government's entire agricultural research budget. That means she will supervise Roger Beachy, head of the National Institute of Food and Agriculture, who oversees the USDA's billion-dollar-a-year competitive grants program. Beachy is a genetic scientist with strong ties to GM seed giant Monsanto; he is openly hostile to organic agriculture. At a time when U.S. farms desperately need to move toward more sustainable methods, federally supported agriculture research has fallen into the hands of a Monsanto man answering to a junk-food exec.