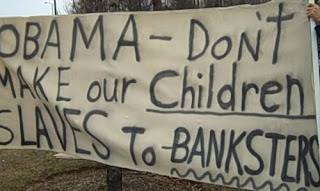 from politico: Lawrence Summers, a top economic adviser to President Barack Obama, pulled in more than $2.7 million in speaking fees paid by firms at the heart of the financial crisis, including Citigroup, Goldman Sachs, JPMorgan, Merrill Lynch, Bank of America Corp. and the now-defunct Lehman Brothers. He pulled in another $5.2 million last year from D.E. Shaw, a hedge fund for which he served as managing director from October 2006 until joining the administration. Thomas E. Donilon, Obama’s deputy national security adviser, was paid $3.9 million last year by the power law firm O’Melveny & Myers to represent clients, including two firms that received federal bailout funds: Citigroup and Goldman Sachs. He also disclosed that he’s a member of the Trilateral Commission and sits on the steering committee of the super-secret Bilderberg group. Both groups are favorite targets of conspiracy theorists.

obama pledges to pursue the elimination of nuclear weapons 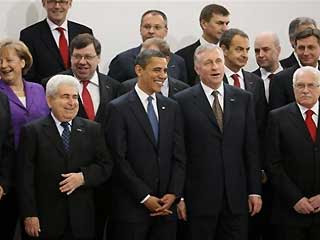 from latimes: President Obama vowed Sunday to pursue the elimination of nuclear weapons from the planet, telling a cheering throng in Prague that the United States is ready to lead an international effort to reduce atomic arsenals and the threat they pose. Speaking only hours after North Korea launched a multistage rocket... Obama outlined a plan to work toward a goal that he acknowledged remains decades away. 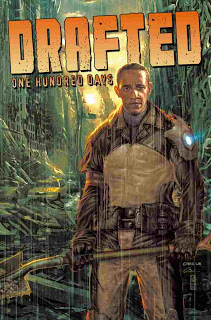 from chicago tribune: Is the presidential sword mightier than his pen? Two new comics with characters based on President Barack Obama may tell us. "Drafted: One Hundred Days" and "Barack the Barbarian: Quest for the Treasure of Stimuli," will feature Obama prominently on their covers and in their stories, according to Chicago-based Devil's Due Publishing. Both are due out in June. The first tells the story of a leader whose future is stunted "when a race from beyond the stars drafted our planet into intergalactic war," reads a company synopsis of the comic, part of the "Drafted" series. The book's Obama is further challenged by an injury that robs him of his greatest strength — speech... Devil's Due founder and President Josh Blaylock, an Obama fan, says the company took inspiration from a half-dozen other Obama comics, including the president's appearance earlier this year with Spider-Man, as well as from the president's own fondness for collecting "Conan the Barbarian" comics... "Barack the Barbarian" also includes a sword-carrying vixen with a striking resemblance to a certain former Republican vice presidential candidate. The apparent faux Sarah Palin is drawn wearing a chain-mail bikini, complete with bookish glasses and a dead-wolf drape. Quest for the treasure of stimuli, indeed.