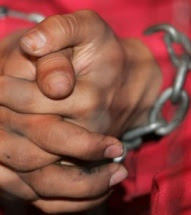 from raw story: The Obama administration, fearing a battle with Congress that could stall plans to close Guantanamo, has drafted an executive order that would reassert presidential authority to incarcerate terrorism suspects indefinitely, according to three senior government officials with knowledge of White House deliberations. Such an order would embrace claims by former president George W. Bush that certain people can be detained without trial for long periods under the laws of war. Obama advisers are concerned that bypassing Congress could place the president on weaker footing before the courts and anger key supporters, the officials said. 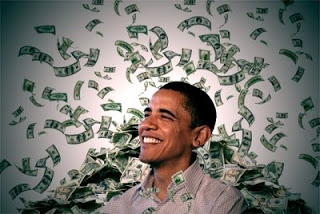 from the hill: President Obama signed the $106 billion war-spending bill into law Friday, but not without taking a page from his predecessor and ignoring a few elements in the legislation. Obama included a five-paragraph signing statement with the bill, including a final paragraph that outlined his objections to at least four areas of the bill. President George W. Bush was heavily criticized for his use of signing statements, declaring he'd ignore some elements of legislation by invoking presidential prerogative. The Obama administration announced in the statement it would disregard provisions of the legislation that, among other things, would compel the Obama administration to pressure the World Bank to strengthen labor and environmental standards and require the Treasury department to report to Congress on the activities of the World Bank and International Monetary Fund (IMF).

gibbs: no white house officals accepted invitation to 'salons'
from raw replay: Press secretary Robert Gibbs told New York Times’ Jeff Zeleny that no one at the White House had accepted invitations to Washington Post “salons.” This video is from C-SPAN, broadcast July 2, 2009.