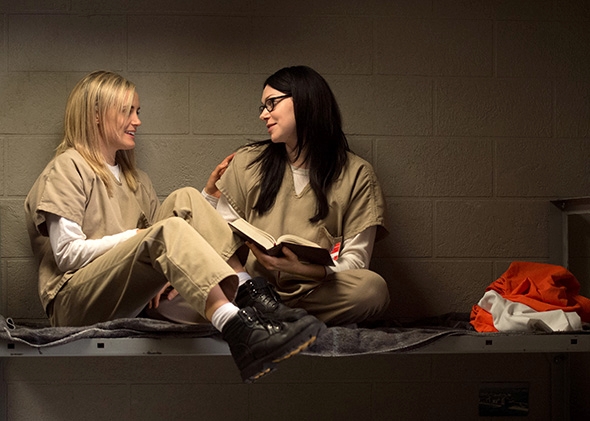 Orange is the New Black Season 3 review: Why did the show lose all its darkness?: "Netflix’s Orange Is the New Black, the third season of which arrives in its entirety on Friday, is a quintessential dramedy. Set among inmates at a low-security women’s prison, the series has addressed racism, solitary confinement, overdoses, and predatory prison guards among other sobering and sob-inducing realities while generally being hilarious and delightful... Orange is so reliably rollicking that it has always self-identified as a comedy, but because each episode is approximately 60, not 30, minutes long, the Emmys decreed it a drama... But based on the six episodes released to critics, it’s a new season that scampers closer than ever to making prison seem kooky and adorable."