#Olympics: Rain May Need To Be Faked For Opening Ceremony 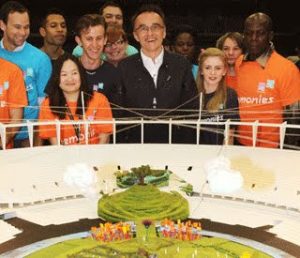 from telegraph.co.uk: Danny Boyle may after all have to use his fake clouds to engineer some rainfall over the London 2012 Olympics opening ceremony. The first detailed weather forecast for Friday evening suggests it could remain dry in the Olympic Park in east London, when the filmmaker will present his £27million spectacular to the world. Boyle has kept precise details of the ceremony secret, but did disclose that there will be clouds capable of creating artificial rain in case it is a clear night. After two months of persistently damp weather, including the wettest June on record, Britain is set to enjoy the hottest temperatures of the year this week… A new report from the National Oceanic and Atmospheric Administration (NOAA) said that across the Northern Hemisphere June was the warmest since records began.