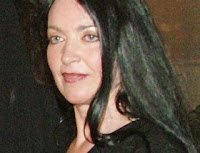 Parish councillor Jane Felix-Browne, who married bin Laden’s son Omar in April this year, yesterday went to extraordinary lengths to defend her new father-in-law, even calling into question whether he was behind the terrorist attacks in America.

“It would be nice to meet Osama bin Laden, the head of al-Qaeda, to ask him about the 2001 terrorist attacks. I think it would be very interesting to find out if he really did it or not. That would be the question because I think it is a doubt on everybody’s mind,” she said.

The five-time married Felix-Browne (51), who has three sons and five grandchildren, met the 26-year-old Omar while on a holiday in Egypt last September and immediately fell for him. They married in April in Cairo but have spent only three weeks together since.

She said she had applied for a visa for him to visit but admitted she had no firm plans as to when she would see him again.

“There’s no problem with him coming to England. Most of his aunts and brothers and sisters in the family live here anyway. We’re just waiting for him to get his visa sorted out.”

Mrs Felix-Browne, who also goes by the Islamic name Zaina Mohammad Al-Sabah, said she wasn’t about to adopt his family name, “because its not the tradition… If it wasn’t against tradition I would take his name… I’m not ashamed of it but I don’t think it would go down well at the airport.”

Defending her sixth marriage with someone who is just half her age, she said: “It’s a really happy thing and it wasn’t a holiday romance. I know there’s an age difference. I’m a 51-year-old woman but I do not look like his mother… After I met him I spoke to him between seven and 16 hours a day every day for the past 10 months,” she added, insisting that, unlike her other marriages, this one would last.

“It is forever, I have no intention of leaving him. He’s not going to go off and have an affair. He’s got another wife and I know about her but how many husbands have girlfriends their wives don’t know about?”

Calling herself Lady Felix-Browne, even though there is no apparent link to the title, she has a penchant for tattoos and flash cars and spends several weeks of the year abroad indulging in her passion for horses and scuba diving. She speaks fluent Arabic and drives a white Jaguar with Egyptian number plates.

Omar already has a wife he lives with.