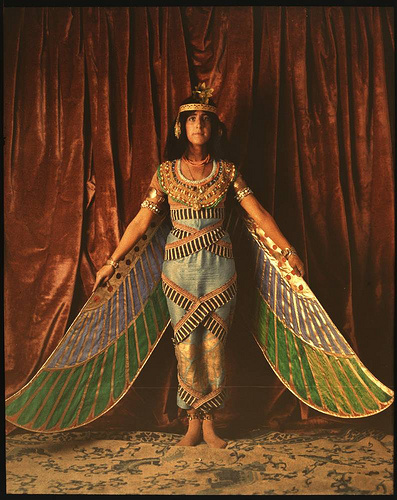 from Huffingtonpost.co.uk: The shock ubiquity of the terror group ISIS with its sudden takeover of swathes of Iraq has caused a bit of a branding problem.

Isis, the ancient Egyptian goddess of nature and magic, has had her name appropriated for many products and places over the years, before the Islamic State of Iraq and the Levant/Syria. This author once went to a student night in a former strip club called Isis in Nottingham, where double vodka and Red Bull was £1.50. It has subsequently closed down, which would no doubt please its namesakes.
Isis is also "a world-leading centre for research in the physical and life sciences at the STFC Rutherford Appleton Laboratory near Oxford", a private equity company, and a Bob Dylan tribute magazine. But no-one is more angry than the Pagan Federation.