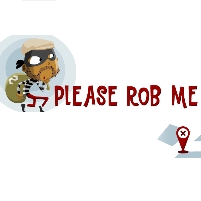 from allgov: The creators of PleaseRobMe.com really aren’t out to steal from people, they insist. Rather, they want to educate people about the dangers of posting too much information on social networking sites before they become victims of unscrupulous types.

Using information posted by individuals on Twitter, PleaseRobMe can show when people aren’t at home, making them vulnerable to burglaries. The Netherlands-based designers rely on details provided online by players of Foursquare who are known to tweet about their actual locations while playing the online game.

Van Amstel, one of PleaseRobMe’s designers, told the BBC News that it’s easy to create a site like theirs, and stressed they are doing this as a public service. “The website is not a tool for burglary,” he said. “The point we’re getting at is that not long ago it was questionable to share your full name on the internet. We’ve gone past that point by 1000 miles.”