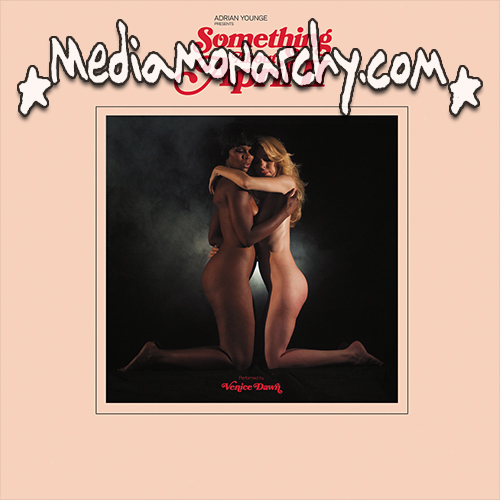 Adrian Younge
"Sittin' By the Radio" (w/Loren Oden)
'Something About April II'
Linear Labs, 2016
Notes: "Adrian Younge‘s successful career as a composer, music producer and arranger. With his work alongside Ghostface Killah on Twelve Reasons to Die II in the rearview mirror, another celebrated effort from this talented creative inches into plain sight. “Sittin’ By The Radio”...finds Adrian Younge harnessing those classic elements that we’ve come to appreciate from him and channel them into this soulful romp which features Loren Oden." It's Adrian Younge's second time on PUTV after his Ghostface collab appeared on ep167.
(@AdrianYounge)

Kyson
"You"
'A Book Of Flying'
Friends Of Friends, 2016
Notes: "The Australian-born Berliner will release A Book Of Flying in April. Kyson will release the A Book Of Flying LP on Friends of Friends in April. It's the follow-up to Kyson's 2013 debut, The Water's Way, and represents his move towards an insular, bedroom pop sound, and away from his more dancefloor-ready explorations of the past. The solo project of Adelaide native Jian Kellet Liew, the new record "was carved within a time of solitude" experienced after he returned to his homeland, Australia. He goes on to say the record was "inspired by delicate sound fragments and a connection to nature’s noise.""
(@KysonMusic)

DIIV
"Bent (Roi's Song)"
'Is The Is Are'
Captured Tracks, 2016
Notes: "It’s been nearly four years since dreamy New York guitar-benders DIIV released their promising debut Oshin... [now they've] finally hit us in the head with their sprawling follow-up Is The Is Are. The new album is woozy and pretty and long. It has 17 tracks... you can go into full bliss-submersion mode and play the whole album." I got to video the lovable, little scruffballs of DIIV for Pickathon 2015!
(@DIIV)

Orange Humble Band
"If That's What You Want"
'Depressing Beauty'
Citadel, 2015
Notes: "Following the demise of his acclaimed Aussie group Someloves, Darryl Mather helped form The Orange Humble Band in 1994. Soon after they released Assorted Creams... and gave the low-key super group (Ken Stringfellow of The Posies and Big Star drummer Jody Stephens contributed heavily while REM collaborator Mitch Easter co-produced) an identity all their own. But after a sophomore album 2 years later, the band disbanded. Luckily 2015 brought another new beginning as the group reconnected in the form of their release Depressing Beauty." I'm cheating and calling this local, because it's got Ken and Jon from Seattle's legendary (at least to me) The Posies!
(#OrangeHumbleBand)