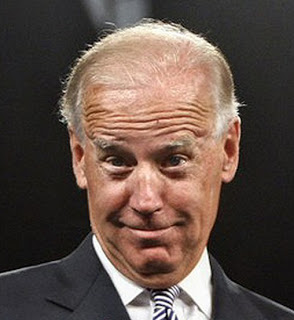 from HolyHexes: When people use phrases they don't understand to promote their political positions, the result is nothing short of unintentional satire. Such is the art form of politricks. Misinterpretation at its best. Conducting research on the hefty phrase “new world order” as many of you know, produces many Google results, some full of disinformation and others general summarizations of the topic. Occasionally, on a news website like Time Magazine or even an online Congressional Archive, there are more interesting results, but usually of the same hollow value. Joe Biden recently used the phrase in a way that would make any secretive henchman squirm in his seat - he is that bad at the elocution required to even make sense of what the phrase means. Learned individuals may identify the phrase as a “one world order” with a global currency and a deceptive elite ruling over the four corners of the Earth. Others, embarrassingly, in positions in the media and in government, may believe it to be a possible solution, simply because they don’t acknowledge that 9/11 was an absolute lie. It’s humorous to hear, watch, and read. For example, an exerpt from an article in the Weekly Standard in November 2001 by Charles Krauthammer, a syndicated columnist.


“...States line up with more powerful states not out of love but out of fear. And respect. The fear of radical Islam has created a new, almost unprecedented coalition of interests among the Great Powers. But that coalition of fear is held together also by respect for American power and its ability to provide safety under the American umbrella. Should we succeed in the war on terrorism, first in Afghanistan, we will be cementing the New World Order -- the expansion of the American sphere of peace to include Russia and India (with a more neutral China) -- just now beginning to take shape. Should we fail, it will be sauve qui peut. Other countries -- and not just our new allies but even our old allies in Europe -- will seek their separate peace. If the guarantor of world peace for the last half century cannot succeed in a war of self-defense against Afghanistan(!), then the whole post-World War II structure -- open borders, open trade, open seas, open societies -- will begin to unravel. The first President Bush sought to establish a New World Order. He failed, in part because he allowed himself to lose a war he had just won. The second President Bush never sought a New World Order. It was handed to him on Sept. 11. To maintain it, however, he has a war to win...”

The Senate even paid homage to Mr. Krauthammer’s article. For real articles on the new world order, do yourself a favor and check out GlobalResearch.ca, Voltairenet.org, CorbettReport.com and Blacklistednews.com... & of course, our holiest of holies, Holy Hexes. Good day.