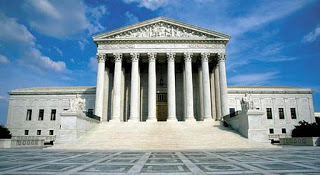 religious leaders line up in support of supreme court case

from usatoday: Unity among religious leaders is rare, but a pending U.S. Supreme Court case is drawing together a group beyond the boldest dreams of any interfaith parliament. Leaders of Roman Catholics, Mormons, Presbyterians, United Methodists, Seventh-day Adventists, Hindus, United Sikhs, Muslims, Episcopalians, Reform Jews and Orthodox Jews are united. So are the conservative National Association of Evangelicals and its liberal counterpart, the National Council of Churches. So are devotees of Santeria, Yoruba and other religions you may not know. Even the various Baptist denominations are all on the same side. They all support the right of religious groups to hire and fire teachers who could be construed as "ministers" on grounds that would be otherwise discriminatory, whether due to race, gender and disability or other reasons. The article notes that only one religious organization stands opposed - the Unitarians.