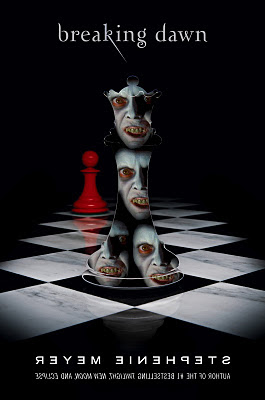 ‘Breaking Dawn‘ is making well-timed headlines after “several moviegoers around the country… reported seizures during a particularly graphic birthing scene which includes flashes of red, black and white.” This latest film in the ‘Twilight Saga‘ – released on a ‘Black Friday’ and during the new moon – not only proves H.L. Mencken right again, but it also gives us an opportunity to look at another infamous bit of ‘pop occulture’ panic.

Ever since its original release in 1973, William Friedkin’s ‘The Exorcist‘ has conjured up more fear than almost any other horror film; could that be due to its use of so-called ‘subliminal imagery‘? Lastly, we wonder if ‘Breaking Dawn‘ is planting the seed of a ‘demonic child‘ meme – like ‘Rosemary’s Baby‘ & ‘The Omen‘ did before – in the minds of the malaised masses.