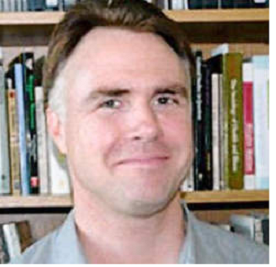 “Coverage of the event by the modest local weekly the Newtown Bee is most revealing in its combined discrepancies, vagueness, and brevity. In a December 14 article unidentified school personnel were floridly commended for their courage. Among them were school principal Dawn Hochsprung, who recounted to Bee Editor John Voket…how ‘a masked man entered the school with a rifle and started shooting multiple shots – more than she could count – that went on and on.’ The problem with the account was that it conflicted with a subsequent storyline where Hochsprung was the first to be killed by the gunmen. Three days later the paper issued a retraction and revised the story further… No additional explanation was provided concerning what party Volkert spoke to and quoted at the crime scene, suggesting from the onset a partly botched attempt at establishing a well-worn storyline.”

The Florida Atlantic Professor provides timeline riddled with inconsistencies, and suspects, school massacre may be a relocated drill. Tracy also suspects Medical Examiner Wayne Carver may be expressing his disapproval of an “embellished event” when Carver expressed hope in vague statement at press conference, “’…people of Newtown don’t have it crash on their head later’.” Crisis actors seem employed as Tracy points out how a few select characters turn up on nearly all channels.

Professor Tracy makes it clear how far into the Matrix American public traverses:

“…despite countervailing facts and inconsistencies the official story of the Sandy Hook shooting is now part of the nation’s collective experience, consciousness and memory. To declare that the shooting ‘never took place’ is cause for intense opprobrium in most polite circles where, in familiar Orwellian fashion, the media-induced trance and dehistoricized will to believe maintain their hold.”

It’s truly disturbing, how easily public accepts spoon fed info provided by mainstream media! A previous post covers prior Tracy article. Guns and Butter interview of Tracy is available as an MP3 here. Hats off to Tracy who wages one man war for truth!