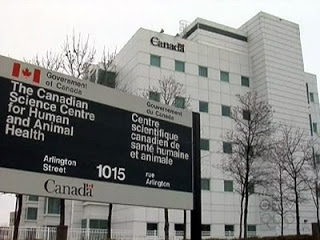 scientist arrested for smuggling vials used in ebola research into US

from afp: A Canadian scientist has been arrested for smuggling 22 vials stolen from Canada's National Microbiology Lab, used in Ebola and HIV research, into the United States, Canadian and US officials said Wednesday.

Konan Michel Yao, 42, "was taken into custody" while crossing the border from Manitoba province into the western US state of North Dakota on May 5, said a spokeswoman for the Public Health Agency of Canada, which operates the lab.

According to US prosecutor Lynn Jordheim, Yao was detained for carrying unidentified biological materials in vials wrapped in aluminium foil inside a glove and packaged in a plastic bag, along with electrical wires, in the trunk of his car.

Yao said in an affidavit he stole the vials, described as research vectors, from the Winnipeg lab on his last day of work there on January 21. 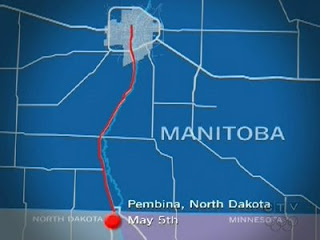 He told US border guards he was taking them to his new job with the National Institutes of Health at the Biodefense Research Laboratory in Bethesda, Maryland.

US authorities feared their contents could pose a terrorist threat. But tests later showed "they are not hazardous," said Jordheim.

"This turned out not to be a terrorism-related case," he said by telephone from North Dakota. "It appears to be exactly as he (Yao) said. However, he still faces possible charges for smuggling the vials into the United States."

Yao, meanwhile, remains in US custody after waiving his right to bail and preliminary hearings, as he awaits a possible grand jury indictment for smuggling, he said.

A Public Health Agency of Canada spokeswoman told AFP Yao "was working on vaccines for the Ebola virus and HIV, among other things... But he only had access to harmless and non-infectious materials, similar to what you'd find in a hospital or university lab. He did not have access to dangerous materials."

The Ivory Coast-born scientist is said to have studied at Laval University in Quebec and briefly worked at the University of Manitoba's plant sciences department.

update: canadian microbiolab didn't tell police 22 vials stolen
from winnipeg free press: No one from Winnipeg's National Microbiology Laboratory bothered to report the theft of 22 vials of biological material to police, despite an international uproar over a former researcher accused of smuggling the substances across the U.S. border. On Wednesday [may13], scientific director Dr. Frank Plummer confirmed RCMP alerted lab staff about the stolen materials on May 5 - the same day a former vaccine researcher was arrested by FBI special agents after U.S. Customs discovered the vials stuffed in a glove in the trunk of his car at the Manitoba-North Dakota border crossing.