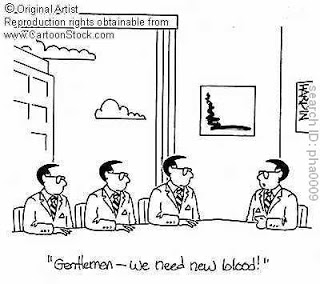 from scotsman: Links between Government and the banking sector have been condemned in a new report that has uncovered the extent of the "old boys network" at the top of British public life.

Britain has a greater culture of cronyism than Europe or the US, according to the study, which identified key individuals who have moved jobs between politics, financial institutions and the bodies charged with regulating the banking industry.

The report warns the close relations between business and politics "lead to a conflict of interest at best and a suspension of critical faculties at worst".

The study of 116 of the world's most successful companies will be presented to a Global Forum on Public Governance, run by the Organisation for Economic Co-operation and Development (OECD), in Paris this week.

The research looked at so-called "revolving door connections", when a company employs former or current politicians, civil servants or members of regulatory bodies, or where individuals move from the financial sector into politics, Government or regulatory bodies...

"The Government and the political classes have very close links to the banking industry," said the report's author David Miller, a Professor of Sociology at Strathclyde University, who specialises in researching lobbying. "I believe this could be one of the factors behind the disaster that has befallen the financial markets. There has not been enough regulation of these connections."