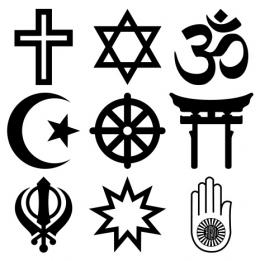 from slashdot: PhysOrg reports on a study by Robert Rowthorn, emeritus professor at Cambridge University, that predicts that the genetic components that predispose a person toward religion are currently "hitchhiking" on the back of the religious cultural practice of high fertility rates and that provided the fertility of religious people remains on average higher than that of secular people, the genes that predispose people towards religion will spread.

For example, in the past 20 years, the Amish population in the US has doubled, increasing from 123,000 in 1991 to 249,000 in 2010. The huge growth stems almost entirely from the religious culture's high fertility rate, which is about 6 children per woman, on average. Rowthorn says that while fertility is determined by culture, an individual's predisposition toward religion is likely to be influenced by genetics, in addition to their upbringing.

In the model, Rowthorn uses a "religiosity gene" to represent the various genetic factors that combine to genetically predispose a person toward religion, whether remaining religious from youth or converting to religion from a secular upbringing. Rowthorn's model predicts that the religious fraction of the population will eventually stabilize at less than 100%, and there will remain a possibly large percentage of secular individuals. But nearly all of the secular population will still carry the religious allele, since high defection rates will spread the religious allele to secular society when defectors have children with a secular partner.