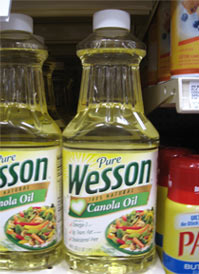 from non-gmoreport.com: A class action lawsuit which has been filed against food giant ConAgra for labeling its cooking oils as “All-Natural,” even though they may be derived from genetically modified crops, could open the floodgates to litigation against many companies which make similar “Natural” claims for their food products.

Banzhaf was the architect of a lawsuit against McDonald’s, over claims that its french fries were cooked in 100% pure vegetable oil, which forced the company to pay a $12.5 million settlement.

There are many “all natural,” “natural,” or “100% Natural” food claims which might be found unfair, misleading, or deceptive, says Banzhaf. For example, Kix cereal, Wesson oil, Pam spray, and Frito Lay chips all claim “100% Natural” on their packaging, but allegedly contain GM ingredients.