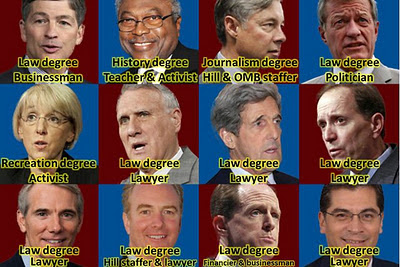 from forbes: In a statement released after the bell, the so-called budget deficit Supercommittee officially announced it failed to produce $1.2 trillion in budget cuts over the next decade. Their failure, anticipated by many, led to a substantial market plunge on Monday and will supposedly trigger the automatic sequester proposition, which is designed to enact $1.2 trillion in cuts, evenly split between defense and domestic spending.

destined to fail super committee completely fails
from washington times: For the uninitiated, America is drowning in debt. Barack Obama is piling on debt at an exponential rate while blaming everybody else for refusing to balance the books while he spends America into bankruptcy.

debt committee calls it quits without a deal
from cnn: Well, it's official. The congressional debt committee is so over. To no one's surprise, the bipartisan panel called it quits on Monday without reaching any agreement on debt reduction, let alone the $4 trillion "grand bargain" that budget experts say is needed at a minimum to get a handle on the country's long-term fiscal problems... The hope, of course, was that the super committee -- given extraordinary and unprecedented powers -- would tackle the tough problems facing the country's budget, such as rising health costs and an unwieldy tax code no one likes.

epic failure: the supercommittee was a super joke*