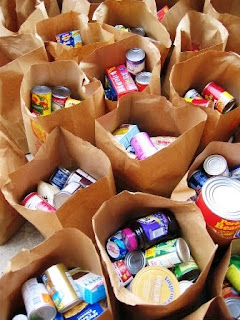 from nytimes: Nearly one in five Americans said they lacked the money to buy food at some point in the last year, according to a survey co-sponsored by the Gallup organization and released by an anti-hunger group. The numbers soared at the start of the current recession, but dipped in 2009 despite the continuing rise in unemployment. The anti-hunger group, the Food Research and Action Center, attributed that trend to falling food prices, rising enrollment for food stamps and an increase in the amount of the food stamp benefit. More than 38 million Americans - one in eight - now receive food stamps, a record high.