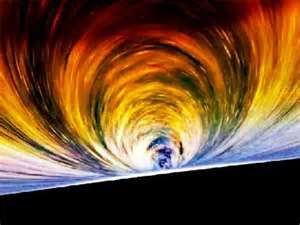 The Battlefield In The Fourth Dimension

Are you a fourth dimensional warrior? Paul McGuire believes it's our only way out. In "The Battlefield In The Fourth Dimension," McGuire spells out failures in the United States to respond to present spiritual crisis below:

"Behind every single problem in America right now there exists a raging battle in the invisible realm or fourth dimension, between angels and demons. Despite the fact that the Bible calls us to be 'spiritual warriors' most Republicans, Christians, and conservatives are AWOL from the primary battlefield. The result of this failure to engage in what God commanded is the primary cause of the chaos we are seeing."

Is there a fourth dimension? McGuire argues there are 13 dimensions below:

"There are a growing number of scientists in the fields of Transhumanism, physics, neurological sciences and other fields that now understand that our world is far more than just three dimensions. String Theory in physics states that there are thirteen dimensions composed of vibrating strings. Many physicists acknowledge the reality of the Fourth Dimension and Scalar technology, which theorizes that everything that happens in the physical world first was designed, created and birthed in the Fourth Dimension. Christians have referred to the Fourth Dimension as the spiritual world and the invisible realm."

"Physicists who understand the Fourth Dimension tell us that it is possible to transfer unlimited energy with very little cost from the Fourth Dimension into our three dimensions. These scientists claim that energy forces that can cure any disease, information beyond our understanding, and also destructive energy can be pulled out of the Fourth Dimension using Scalar Technology. It appears the inventor Tesla stumbled onto this over a century ago. In Ayn Rand's novel, 'Atlas Shrugged,' she makes mysterious references to this other dimension. The Nazis called it the Vril force and Sir Francis Bacon, the Freemasons, and the Illuminati have accessed it. One of the aspects of this Fourth Dimension is that it allows for time travel, which was written about by Tesla before the information was suppressed."

McGuire pleads with Americans in article to become true believers! It can only be accomplished by freeing yourself of the inane in your present life - allow it to fall away and make change possible:

"You are about to learn how to release the most powerful force in the universe. There is nothing that can stop it. You must have the courage to walk away from all forms of trivial and non-Biblical religion. When the Apostle Paul said 'For the Kingdom of God is not a matter of talk, but of power' he was clearly explaining this principle. It is your job to release the power of the Kingdom of God on Earth. This does not change God's prophetic program, but it does change absolutely everything we can change, and that is a lot!"

Please take this article's invitation to become a spiritual warrior and take the day!