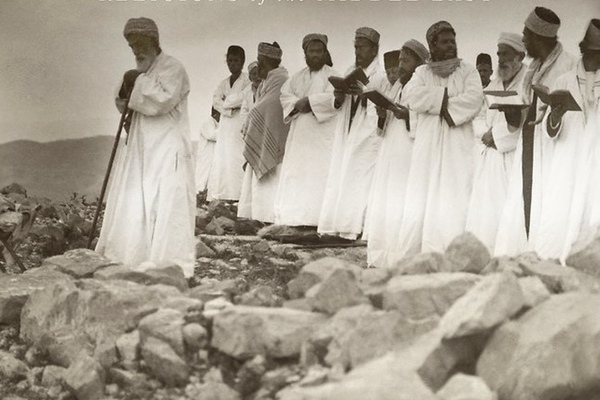 from historynewsnetwork.org: The Middle East is fertile ground for religions. Its deserts, mountains and marshes have inspired mystics and prophets; its tribes have provided followers and fighters who can form a new prophet’s core following; and older, persecuted religions can find refuge in its impassable topography. Also, although much of that region seems today to be suffused with cruelty and violence beyond our imagining, it has historically often been a place of intellectual freedom and creativity - a place for the exchange of ideas, and for their intermingling to create new and startling creeds.

The survival there of some of the world’s smallest and most remarkable faith communities proves that. From the Mediterranean as far as the Zagros mountains that divide Iran from Iraq, there are peoples who believe passionately in reincarnation: one of these, the Druze of Lebanon, will sometimes settle inheritance cases with the help of the dead man’s supposedly re-embodied spirit. A belief, inherited from pre-Christian religions, that the essence of God can be manifest in earthly form means that the Alawites of Syria can regard the Greek philosophers, and also the sun and moon, as worthy of religious reverence. In Iran, the Zoroastrians have clung on to their country’s ancient, pre-Islamic customs: as late as the 1950s they were waging regular war on flies, as creatures of darkness, while they treated dogs (which in the Avesta, are seen as allies of good) with great respect and kindness, giving a dead house-dog an almost human funeral. Underlying these customs are philosophies whose origins lie millennia back in time.


Until the eleventh century AD, the Middle East’s Muslim rulers were disinclined to enforce their religion on their subjects. In subsequent centuries, this changed; many non-Islamic communities were brought close to extinction. But those minorities have never been so threatened as they are today. Iraq’s Christians have declined in number by over 50% in twenty years. The Mandaeans, whose religion was actually founded in Iraq in probably the third century AD, have almost all left their country and are scattered across the world. Even Egypt’s Coptic Christians, who form the region’s largest surviving religious minority, have begun to leave their country in accelerating numbers.

There is nothing inevitable about this. Muslims are not intrinsically intolerant. Right back in the 1860s the ruler of Egypt, named Ismail and titled Khedive (a Turkish term meaning “viceroy”) reproved an adviser for speaking in a derogatory way about a Christian official in the government. The Khedive did not merely say that the Christians deserved respect as (in the Koranic phrase) a “people of the book.” He was more radical. “All are Egyptians alike,” he declared.

Even the concept of a country called Egypt was a fairly novel one at the time: it was technically a province of a wider Islamic state, the Ottoman Empire, ruled by the successors of the Prophet Mohammed. To suggest that all its citizens, regardless of religion, were somehow equal claimants to a shared identity was nothing short of revolutionary. Ismail, and others liked him, were ushering in a century of emancipation for the hitherto marginalized minorities of the Middle East.

In Ismail’s time, Egyptian Christians - known as “Copts”, and probably numbering somewhat over 10% of the population at that time - served in senior government posts, and had places in the country’s embryonic Parliament. They were acquiring more than a representative share of the country’s wealth. Three Christians would serve as Prime Ministers in the following half-century. Egypt was more progressive in its treatment of minorities, at that time, than many European countries. Parts of Germany did not grant civic equality to Jews until 1870. Britain did not have any Roman Catholic in a senior government position until 1886, and still has had none as Prime Minister.

Ismail’s Egypt was not unique. Iran, from 1906 onwards, had a Zoroastrian member of its Parliament and its secularizing twentieth-century monarchs included Zoroastrians in their governments. A similar change eventually happened in other parts of the Middle East, and the resulting age of minority enfranchisement lasted well into the twentieth century.

But then a different wind began to blow. Liberalism went out of fashion, partly discredited by Arab defeat in 1948 at the hands of Israel. Sterner interpretations of Islam were favored both by the West (as a way to contain Communism) and by influential, oil-rich Saudi Arabia. Islamist movements which wanted to unify all Muslims around the world, and persuade them to define themselves by religion and not by nationality, grew stronger; the Islamist vision offered non-Muslims at best tolerance, not equality. The Islamist movements profited from geopolitics: relations between Muslim countries and Christian colonizers became increasingly confrontational.

Their main focus, though, was often internal - fighting globalization, banning alcohol and curbing sexual immorality - and their increasing influence was partly due to economic changes which had enriched the conservative rural working classes and caused them to migrate to the cities. Religious leaders meantime presented themselves as less corrupt and self-serving than their secular rivals. More recently, anarchy has prompted people to seek whatever means by which they can protect themselves. In societies where the blood feud and tribal identity had never been far from the surface, an ugly sectarianism has resulted.

Right now, the nastiest of all violent Islamist movements, the so-called “Islamic State” or ISIS, has graduated from assassinating its Muslim opponents, of which it did plenty before it hit the headlines in August, to full-scale ethnic cleansing - or, more accurately, religious cleansing - of the Yazidis of Sinjar. The Yazidis are yet another of the Middle East’s mystery cults. They pray toward the sun, and pay reverence to the bronze images of the supernatural ruler of the physical universe, whom they call the Peacock Angel. There was a time when their forebears would have been treated with respect: in Baghdad a thousand years ago there was a place called the “House of Wisdom” where intellectuals of whatever faith were welcomed, and contributed to making Baghdad the world’s greatest city. ISIS has provoked a reaction: Arab states joined the U.S. campaign against the movement, and Muslim scholars have called for protection of the Yazidis. For the most part, however, the anarchy and militancy which have swept the region have made Christians, Yazidis, and Mandaeans search for any possible means of leaving their country for the safe haven of the West. It is the end of millennia of history.