thumbscanning for lunch in oregon 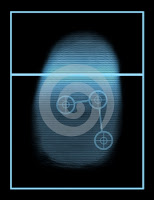 from fox: A new finger scanning system aimed at speeding up the lunch line at an Oregon middle school is raising security concerns.

Instead of swiping an ID card or entering a pin number, students at Stayton Middle School press their thumb on an infrared scanner and are matched with their lunch account, according to the Statesman Journal.

Some parents and privacy advocates are complaining about the new biometric technology, worrying their child's identity could be stolen and that the government will be able to access their kid's fingerprints.

"It's the 'Big Brother' theory," Jann Carson, the associate director of the American Civil Liberties Union in Portland, told the newspaper. "The last thing we should do is teach parents and their young children to be casual about turning over personal data, like a fingerprint, just for the sake of speeding up a lunch line."

School officials claim the system is safe and does not keep a record of the fingerprint.

"It's a string, not a fingerprint," Jack Adams, the superintendent of the North Santiam School District told the Statesman Journal. "It's three mathematical pieces of information taken from a student's finger. It's stored on the school computer and can't be used in any other way."