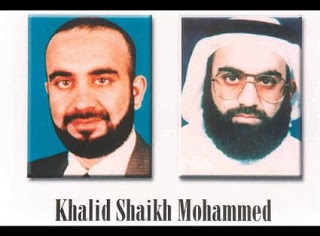 khalid sheikh mohammed, the self-proclaimed mastermind of 9/11, was waterboarded 183 times in one month... one month!

from thinkprogress: Marcy Wheeler digs through the recently-disclosed Office of Legal Counsel memos authored by the Bush Justice Department and finds these startling statistics: Khalid Sheikh Mohammed was waterboarded 183 times in March 2003 and Abu Zubaydah was waterboarded 83 times in August 2002. Wheeler concludes, “The CIA wants you to believe waterboarding is effective. Yet somehow, it took them 183 applications of the waterboard in a one month period to get what they claimed was cooperation out of KSM. That doesn’t sound very effective to me.”

zubaydah: cia used me to test brutal torture techniques
from times online: Abu Zubaydah, the alleged al-Qaeda mastermind, is the only known “war on terror” detainee to have gone through the gamut of torture methods adopted by the CIA – months before they were legally endorsed. Accounts he gave to the International Committee of the Red Cross, leaked on the internet last week, reveal he believed he was being used as a guinea pig for a range of new techniques of “coercive interrogation”. 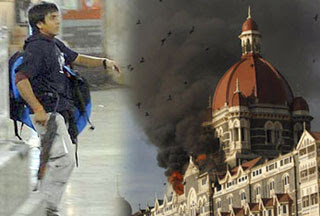 from presstv: The lone surviving gunman of the Mumbai attacks, Ajmal Amir Qasab, says his confession was a result of torture and thus false. Qasab's defense lawyer, Abbas Kamzi, said Qasab had asked him to take back the confession on his behalf. Kazmi noted that the entire 'confession' was extracted through coercion and torture and as a result was not a voluntary confession and therefore had nothing to do with him. This is while prosecutor Ujwal Nikam had described Qasab's involvement in the Mumbai attack as a plot planned in Pakistan to commit a series of attacks across India. He talked of the gunmen receiving training from Pakistan's 'intelligence professionals' and cooperating with 'a major general' as they prepared for the attacks. 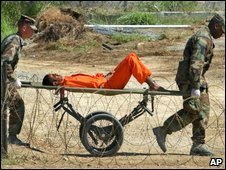 from bbc: US President Barack Obama's decision not to prosecute CIA agents who used torture tactics is a violation of international law, a UN expert says. The UN special rapporteur on torture, Manfred Nowak, says the US is bound under the UN Convention against Torture to prosecute those who engage in it. Mr Obama released four "torture memos" outlining harsh interrogation methods sanctioned by the Bush administration. Mr Nowak has called for an independent review and compensation for victims. "The United States, like all other states that are part of the UN convention against torture, is committed to conducting criminal investigations of torture and to bringing all persons against whom there is sound evidence to court," Mr Nowak told the Austrian daily Der Standard. The memos approved techniques including simulated drowning, week-long sleep deprivation, forced nudity, and the use of painful positions. Mr Obama on Thursday said he would not prosecute under anti-torture laws CIA personnel who relied in good faith on Bush administration legal opinions issued after the 11 September attacks.