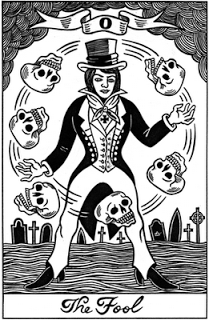 from god discussion: In Virginia, it's against the law to read tarot cards, do palm readings or anything of a "fortunetelling" nature without the requisite permits... Patricia Moore-King...claimed that her work as a spiritual counselor was part of her religion, and the requirement to get permits, the tax on business licenses and the county zoning laws violated her free speech, free exercise of religion and equal protection rights. In Moore-King vs. County of Chesterfield, Virginia, the court ruled that her fortunetelling wasn't religious speech, but commercial speech, since she was doing it for a fee, and that she should have had the requisite business license and permits.

In a somewhat similar case last year, the Maryland courts struck down a complete ban on fortune-telling in Montgomery County, ruling that it was not commercial speech and that it had full first amendment protection. The ACLU notes in a story about the Maryland ruling that the Supreme Court has held repeatedly that the mere fact that speech is for profit does not reduce the level of protection it is due.