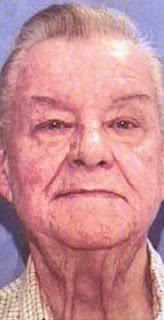 from ap: The 89-year-old white supremacist charged in a deadly shooting at Washington's Holocaust museum died Wednesday in North Carolina, where he'd been held while awaiting trial, authorities said.

James von Brunn died shortly before 1 p.m. at a local hospital in Butner, N.C., said Denise Simmons, the spokeswoman for the federal prison where von Brunn had been held. He had been suffering from chronic congestive heart failure, sepsis and other health problems, she said.

Von Brunn, who faced charges that carried the death penalty, had been receiving medical care for months at the prison complex in Butner, which is known for its medical facilities for aging and sick federal inmates. His lawyer, A.J. Kramer, called the death "a sad end to a tragic situation" and declined to make further comment.

Authorities say von Brunn carried a rifle as he walked up to the U.S. Holocaust Memorial Museum on June 10 and then shot security guard Stephen T. Johns, who was black, as he opened the door for von Brunn. He was wounded by gunfire from two other guards.